Portfolio diversification for the modern investor.

Coinbase is the biggest Bitcoin broker / exchange around, supporting 32 countries and with more than 4 million customers around the world. Founded in 2012 as part of Ycombinator Coinbase is also one of the oldest exchanges around. Coinbase is a regulated and licensed company.

Coinbase allows users to buy and sell Bitcoins through their bank account, credit card, Paypal account (selling only), and other less known methods as well. Even though Coinbase has started out only as a broker (selling Bitcoins directly to customers), lately (May 2016) Coinbase started operating GDAX – A Bitcoin exchange, where Bitcoiners can trade Bitcoins with one another.

All Coinbase accounts have a wallet the can be used for sending / receiving Bitcoins. In order to open such an account you will need to supply your full name, verify your email address and accept Coinbase’s user agreement.

If you want to be able to buy Bitcoins with Coinbase you will need to supply a valid bank account to allow bank transfers to Coinbase.

In order to raise your limits on buying Bitcoins you will need to supply the following:

Coinbase is recommended for beginners because it functions more like a bank than a currency exchange. You may convert your USD to BTC there without needing to understand bid and ask prices, or limit and market orders. They also may be the most secure custodial online wallet, though large amounts of BTC should really be held in a hardware wallet.
Considering all of the above, including higher fees, there are many alternatives. Some of them are: 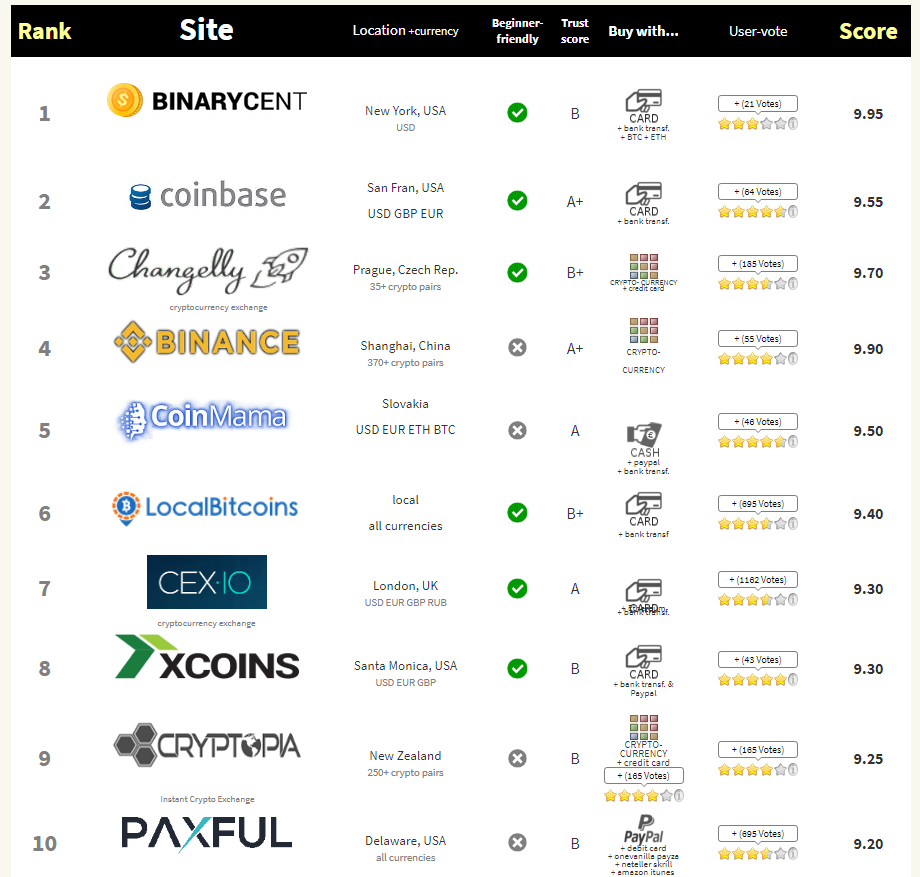 Gemini is one of the fastest growing Bitcoin exchanges in the world. They are based out of the United States and are fully compliant with the New York State Department of Financial Services (NYSDFS). Gemini is an online exchange operating with lower fees than Coinbase. It’s New York-based and it operates with individuals and business clients. In the US, it’s reachable in 26 states and DC. Gemini supports buying/selling of BTC and ETH against USD which you can wire transfer from the supported countries and states. One notable thing about this exchange is that they don’t charge a fee for wire transfer deposits, however, respective currency conversion charges will still apply. Maybe you’ve gotten comfortable trading on Coinbase and want to add some advanced tactics to your investment strategy. Or maybe you’ve already got traditional investment experience, so the simplified Coinbase platform doesn’t appeal to you. Either way, Gemini is worth your attention.

Kraken –Coinbase is ideal to get your first taste of crypto, but after some time, three coins just might not be enough for you. If you’re looking to expand your portfolio with the addition of new coins, you should check out Kraken. Kraken is a great place for purchasing bitcoin if you’re looking for large volumes (as their fees look really good). I’d say that finding a big bitcoin exchange with the best commissions is vital when going all in with hefty buys.